With a summer temperature almost touched the 20 degrees, He kicked off at Riva di Traiano on XXVIII Championship "Rome in winter"-Trofeo Paolo Venanzangeli. The wind is always kept on 10 nodes, but changing direction in the course of the regatta, from 115° to 170°, forcing the management to a path.

In class "Regatta", the power of Mylius 15E25 “Ars A” the defending champions Bakos/Rahman, It was not enough. First in real time after 11.9 miles with a journey time of 1:50:18, “Ars A” failed even to get on the podium in IRC. The proof he won with a stunning performance on First 40 "Tiber Remo Mon Ile" by Michael Carmichael, leading up to 54 " Swan 45 "Ulika" by Andrea Masi with Peter Farris, and 1 ' 41 " First 34.7 "Volcano 2" by Giuseppe Morani.
In ORC, on the contrary, Ars A's managed to win the third position, preceded by "Tevere Remo Mon Ile" (2°) and "Ulika", He climbed on the highest step of the podium.
In class "cruise", the victory went to reigning champion Francis Seven, who underwent made clear his desire to reconfirm, bringing in first place his Hanse 430 "Twins" and putting in a row the Sun Odyssey 44i "White Pearl" of Roberto Baldini, According to 4 ' 40 ", and the X43 "go Mo" by Paul Fuiano, third in 17 ' 25 ".
In The "Grand Cruising", the Mescal 959 "Giuly del Mar" by Lalit Pandit preceded by 3 ' 12 "on Rush "North Star" by Jacopo Turchetti and 19 ' 57 "the First 405 "First Wave” by Guido Mancini.
In "to 2" a collective error led all competitors to jump a buoy resulting in disqualification. For it was not until the next test charts, with great joy of the very few who had disregarded this first appointment.
"It was a complicated boot, a day that we knew would be in period for all of us, "said the Director of the race Committee Fabio Barrasso – with new mechanisms that you had to put up with some unknown factor. Double boats had a side of 4 miles and with those distances you can't navigate at sight, but you have to look at the data that are provided, trust and sail with those. The error has occurred at the time of the wind shift (well 55°) and the resulting change of path, that we were able to do it now for the cruise and only the third lap for Race, because some of them had already passed the mark ".
In summary a good day as confirmed by the President of the CNRT Alexander Farassino, that followed the race from the race Committee boat: "A little wave and even a little rain did not ruin your day, We could accomplish with all three distances required: 4 miles for Great Cruise, 8 for the cruise and 12 for the Regatta. Even the mixup in the Two did not leave traces. In the end the atmosphere was very relaxed because the ' misunderstanding ' also amused at all. In practice, where was your first went all other, even if someone has admitted to having had some doubts ".
The cutest comment during a "Pasta party" at the Caique, by Gabriele Moccia, Italian champion offshore boat "X 2" Stephen Cass: "A Samuel, I told you we were arriving too early ".
Eventually all “disqualified after” After the decision of the protest Committee chaired by neo President of the IV Area Joseph D ’ Friend, to whom did the complimented all the racers and the CNRT. 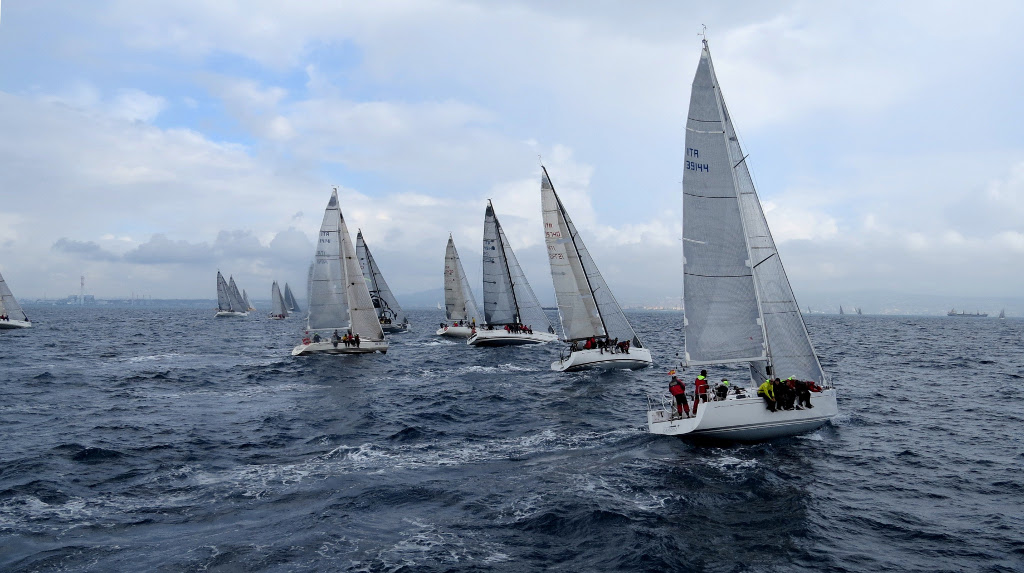