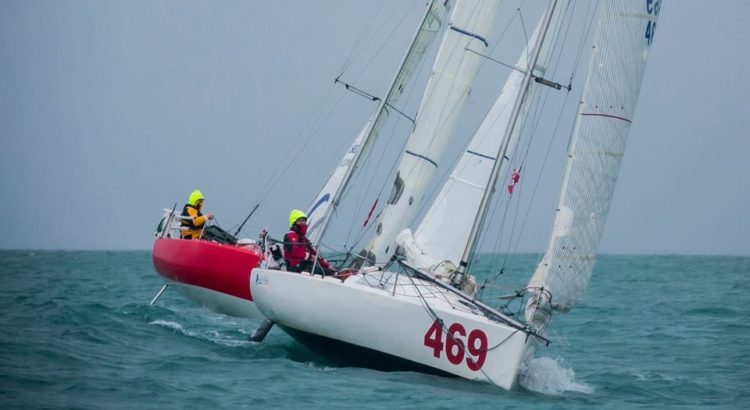 Polus, craft Mini class 650 He quit on the mooring ropes from marina di Riva di Traiano moved to Livorno and take part in the regatta class Mini archipelago ', International Regatta of qualifying for the transatlantic race.

To steer John Mengucci and Edoardo di Tarsia in Belmonte, the two young people who have become known for their passion and determination in the last race Rome-Giraglia, is the result, both for their return to port, harmless in a stormy night; It was November 2017 and from that moment the two friends decided to accept another challenge: the qualifications to participate in the Mini Transat 2019 or of the 2021.
The two young sailors were again put to the test by difficult weather conditions. The start was given the 15 March, Although the wind was blowing already 35 nodes (70 km/h).
The race was held on a course between the islands of the Tuscan archipelago, for over 200 miles, departing and returning to Livorno, via Gorgona, Capraia, the Formiche di Grosseto and a difficult transition for the channel of Piombino.

Several withdrawals among the 16 boats listed, between faults and difficulties due to bad weather and sea conditions.
The two young Ministi have amazed everyone once again for their tenacity, finishing sixth place and coming close to boats helmed by professional sailors.
A really good start to the season for the two young men of Riva di Traiano that hope still many miles.